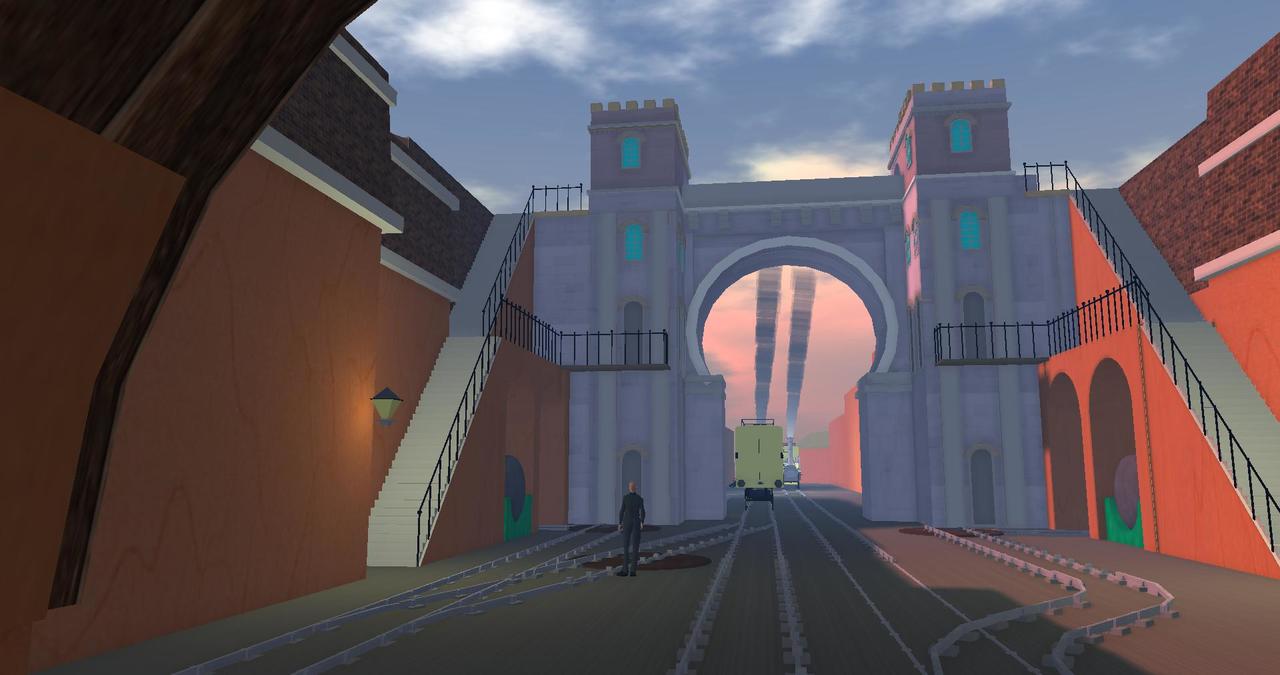 What was it for? 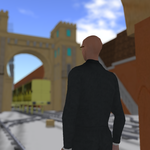 Sensemaking by building in OpenSim.

I know almost nothing of the Chinese carriage, not even its proper name. I'm calling it Chinese carriage because it has the words Chinese and Liverpool painted on the side we can see. Did it say Chinese and Manchester on the other side? Of course, many carriages had names and the epithet may have had no meaning beyond being aspirational. A fascination with Asian culture and aesthetics goes back a long way.

The carriage appears in two pictures. Firstly, in Bury's sketch of rolling stock we see it labelled as a passenger carriage (but labels can be wrong) and then in the Crown Street sketch it is at the head of a short train of more conventional carriages. All are in the yellow paint that indicates first class.

Was the coach intended for carrying high status goods rather than passengers? Doubtless Liverpool merchants were anxious to trade with China but mixing freight and first class passenger traffic would have been unusual in 1831 and Crown Street was still mostly a passenger station. If it was a particularly high-value commodity, maybe silk, some more anonymous mode of carriage would seem warranted. The date is also a little early in the establishment of Liverpool's Chinatown which started around 1834 when the East India Company's influence was ebbing and the first ship from China arrived.

Of course, the name could simply reflect the somewhat pagoda-like shape when the carriage is viewed end-on. We see the lower panels actually covering the wheels and the narrower upper section covered with a roof that overlaps and perhaps shades the windows below.

Some have queried whether the vertical stripes on the windows are bars but their absence from the door window argues against this. My feeling is that these are louvred windows designed for ventilation. Smoking was banned so it seems unlikely it was a smoking car.

The side panels could in principle be panier-style storage boxes for use with luggage too valuable for the roof space although they are not especially accessible and this fails to explain the unusual cross-section.

Perhaps the cross-section would help a breaksman see the road ahead which might explain its position at the head of the train. At this time carriages descended the gradient to Edge Hill under gravity through the rather low tunnel. On the other hand a pilot wagon would be a simpler solution.

If we try to correlate the shape with carriages for which we have only a textual description, a style missing a visual counterpart is the one where the passengers sat in a rectangle of pew-style seats with reversible backrests. That doesn't explain the odd shape of the Chinese carriage (especially with the single door limiting access to the seats), nor the relative shortness of the carriage compared to others.

So if the side panels are not hiding storage bins, what else would justify the bottom-heavy design? My inclination is towards a situation favouring maximal floor space where headroom is secondary. This might be travel accommodation for pampered pets (we can see a couple of dogs in the station picture). Bradley (p.112) mentions that the ban on carriage of dogs in passenger compartments was an early development with dogs normally carried in the guard's van. It seems unlikely, however, that the Chinese carriage served that purpose as it is seen only rarely in prints. The guard or breaksman rode on the roof where he could watch the luggage, presumably clambering down to apply the brake when such became available.

Another possibility is that the carriage was for the sick or infirm. Maybe the panels comprising the paniers actually lift so that a stretcher can be slid in without the patient and carers having to negotiate the door (which would be used by the nurse). The patient would have a large area close to the floor and be shaded from the sun and cooled by the breeze from the louvres. The recessed windows may have been an attempt to avoid smoke from the engine.

On the other hand Donaghy (p.60) tells us that one compartment of the standard first class carriage could be adapted to provide a bed for such cases. Perhaps, the Chinese carriage was a short-lived experimental alternative or maybe it was reserved for those with an infectious disease.

In the absence of any satisfactory resolution I can only thank Bury for recording the appearance of the coach and hope that further research will uncover its purpose.